The real art of conversation is not only to say the right thing at the right place but to leave unsaid the wrong thing at the tempting moment.  ~Dorothy Nevill

Career, dating, marriage, and friendships all depend on conversation for success.

Yet conversational skill often eludes people on the autism spectrum.

Recently, Alex Plank put together a video with Dr. Liz Laugeson, director of the PEERS center.

This video gives you a step by step tutorial for joining a social circle and making friends in a group.

Here are some steps for honing your conversational skill:

This method of joining and leaving conversations is based on an “ecologically valid model.”  This is another way of saying that this is what people who are naturally gifted do in social situations.

Listen to the conversation you want to join from a distance.  Most teens with autism, when they enter a conversation, tend to say something completely unrelated to the topic being discussed.  Instead, they tend to talk about their specialized interest/s, without regard to what the current topic of conversation is.

The people conversing will then perceive that person as butting in, talking off topic, and being intrusive.  And they will then tend to feel puzzled and annoyed, and confused about why you’re in the conversation.

So make sure, after you hear what the conversation’s topic is about, that you know something about the topic.

You’ve heard many people tell you to look others in the eye when you’re talking to them.  But when you haven’t yet joined a conversation, you don’t want to make eye contact.  Instead, make casual, periodic eye contact.

Use a prop, like your phone, iPod, or a book.  Look up every once in a while and gaze toward the direction of people in the group, but don’t stare.

Wait For A Pause In The Conversation

People don’t like being  interrupted, so if you enter during a pause in the conversation, you’ll be showing respect and grace.

The trick, per Dr. Laugeson, is that there is not always a perfect pause.  You’re bound to do well, however, just because you’re aware of the need to wait for a pause.

Once you notice a pause, move a bit closer and join the conversation.

Once you join the conversation, make a comment or ask a question that’s on topic.

Assess Whether You Have Been Accepted Into The Conversation

Once you’ve made a couple of comments, or asked a couple of questions, it’s important to gauge whether you’ve been accepted into the conversation.

Dr. Laugeson pointed out that, per research, neurotypical people are not accepted into conversations 50% of the time!  And that’s okay!

It’s not a big deal.  There are other conversations.  You don’t want to force people to talk to you.

So, how do you know if you’ve been accepted into the conversation?

Look for signs of interest.  If the members of the group are talking to you, looking at you, leaning toward you with their bodies, or pointing their bodies toward you, those are good indications of acceptance.

And the reverse is true if they are not interested.  They won’t engage you in conversation, or if they are looking at you, they may be squinting their eyes or making other expressions of annoyance.  Or they may turn their bodies away from you entirely.

When more than two people talk in conversations, they talk in circles, facing each other.

When they want to talk to you, they open the circle.

When they don’t talk to you, the people closest to you close the circle through their body positions and spacing.

It’s important to know if you are accepted, because you don’t want to force them to talk you.  If you continue to try to engage them, they might find you annoying and not want to talk to you in the future.

If you find out that you’re not welcome in a conversation, it’s important to exit that conversation gracefully.

Dr. Laugeson and Alex both recognized from experience that teens and adults on the autism spectrum may appear to be storming off when they leave a group.

So here’s how you can make a proper exit.

Slow it down.  Begin by looking away.  This shows the people talking that you aren’t interested in the conversation.  After looking away, turn your body in the same direction you are looking away.   Then casually and slowly walk away.

Comment3 | Share | Tweet | Share | +1 | Buffer | print |
Categories: Adults With Aspergers, Teaching Tips and Strategies, Teens With Aspergers, What is Aspergers
Disclosure of Material Connection: Some of the links in the post above are “affiliate links.” This means if you click on the link and purchase the item, I will receive an affiliate commission. Regardless, I only recommend products or services I use personally and believe will add value to my readers. I am disclosing this in accordance with the Federal Trade Commission’s 16 CFR, Part 255: “Guides Concerning the Use of Endorsements and Testimonials in Advertising.”

Are you tired of feeling alone, like you're the only one in this world? Please join the Thrive with Aspergers Community Facebook Group to connect with others just like you!

Change Your Life The Smart Way: Goal Setting for 2016

I just want to take a few minutes to express my deep thanks for the work you're doing in the Autism/Asperger's community. I (and plenty of other as well, I'm sure) see you as a friendly voice offering constant encouragement to people like myself who lived so many years (decades, even) with far more criticism than encouragement. You see, I was diagnosed with AS a little over 7 years ago, when I was 38. Needless to say, prior to that time I had experienced a lot of emotional damage (from bullying, social rejection, and frequent criticism) and had learned to just withdraw into myself. (I could tell you my story, which also had a couple of elements which I consider providential, but that can wait for another time, if you're interested). These past 7 years since my diagnosis have been challenging and at times near-unbearable, but I have to say that the last 3-4 years in particular have seen tremendous growth. I love reading your messages; they are so positive and communicate hope which encourages me to think that I'm not doomed because of my wiring, but that I can transcend my difficulties. For that I am thankful to you. -Anonymous

How I Get Things Done 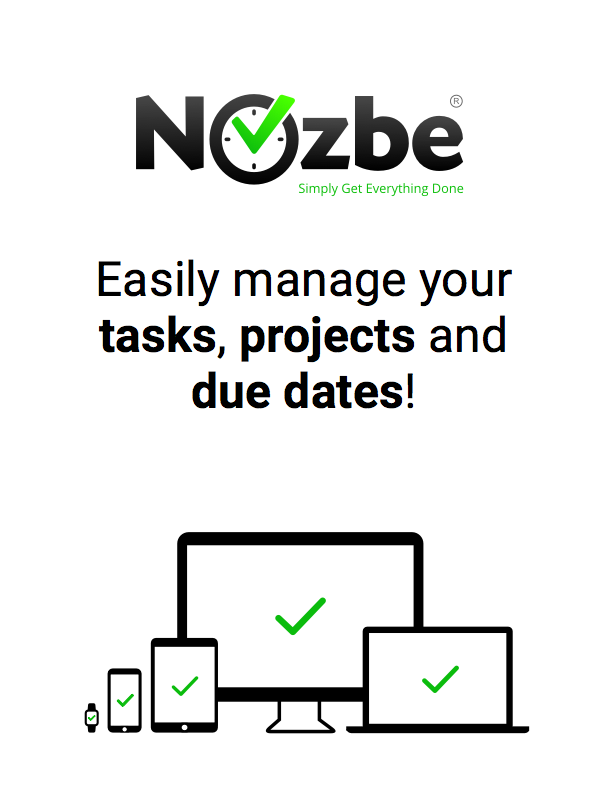 It takes community to maintain a human. Earl Davis No one can whistle a symphony. It takes a whole orchestra...