I never thought I would learn so much about Pokemon as I have in the last few years.  Family members, clients, and other kids I know are increasingly talking to me about Pokemon Diamond, Pokemon Pearl, and a host of other characters I had never even heard of or even considered in my whole life.

Recently, I became intrigued with the topic of famous people with Aspergers.  So I conducted a little search, and found a list at the website called Child Autism Parent Cafe.  I also went to Wikipedia and found a list of people on the autism spectrum.

There has been some backlash about talking about “famous” people on the autism spectrum.  Some feel that it becomes a bit mundane to always be talking about the subject.  I do enjoy finding out about certain individuals, mainly because it raises awareness of the condition, and can take away some of the ‘stigma’ that culture in general can have toward autism spectrum conditions.

I’m open to what you think on the subject, so free to sound off in the comments at the end of the post.

Back to the subject at hand.

I want to share what Pokemon has to do with famous people with Aspergers.  Satoshi Tajiri, the creator of Pokemon, is an individual with Aspergers!

Satoshi was born in rural Japan.  Like other individuals on the autism spectrum, Satoshi had an early special interest.  He loved to collect bugs.  In fact, other kids started calling him “Dr. Bug.”  He expressed an interest in becoming an entomologist.   As rural Japan become more and more urban, he desired to give other people the joy he experienced in catching and studying bugs.  This was, in part, his passion behind creating the Pokemon collection of characters.

As a teenager, Satoshi discovered the world of arcade games. He spent so much at the arcade, even cutting classes, that his parents thought of him as delinquent! As a talented individual on the autism spectrum, he developed a new special interest, and began to think about creating his own video games. Contrary to his parents’ wishes, Tajiri almost failed high school. He frequently cut his high school classes because of his fascination with video games. His father tried to get him a job a a local Toyota Electric Company, but Tajiri turned the job down. He managed to graduate by taking make up classes for his high school diploma. And he never did go to college.

Forging His Own Path

Instead of going the traditional route of college, Tajiri instead played to his strengths by enrolling at Toyko National College of Technology, where he studied electronics.

Meanwhile, he started his own magazine focused on describing developments and trends in the gaming industry. Another gaming enthusiast named Ken Sugimori became interested in the magazine and joined as an illustrator. He actually drew many if not most of the original Pokemon characters.

Like many individuals on the autism spectrum, Tajiri had an eye for detail and a drive for perfection. He became interested in Nintendo and Game Boy when they first came out. He studied the programming language of Nintendo in order to better understand gaming systems.   It was Tajiri who came up with the innovative idea of using link cables to promote connectivity between hand held Game Boy systems, so that the players could play together versus against each other.

Tajiri has continued to follow his passion, designing new games and continuously improving his current games.  He has been known to work 24 hours at a time! 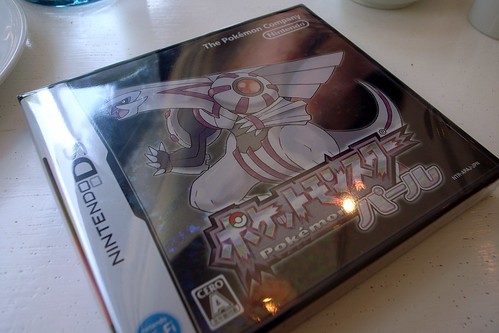 Lessons I Learned from Tajiri

Each Individual Is Unique

As parents, teachers, and therapists, we must respect the individual gifts and talents of each person on the autism spectrum.  Just because s/he does not “fit the mold” of what we think is best, does not mean that is what is best for each person, in terms of schooling and career.

On the one hand, every child needs structure, discipline, and challenge.   On the other hand, each child needs to be studied and allowed to blossom according to his/her temperament, gifts, and talents.  Temple Grandin speaks about how strict her parents were with her in terms of teaching her manners and respect.  On the other hand, her parents exposed her to a myriad of opportunities and experiences, letting her choose her own particular path in the end.

In the same way, I’m sure Tajiri’s parents were somewhat distressed as he cut classes, hung out at video game arcades, and turned down  a ‘good job’ at the electric company.  However, in the end, he made his way to become one of the top 100 gaming entrepeneurs/inventors of all time.

Autism Spectrum Strengths Can Pay Off in Careers

One can never generalize to an entire group from a single person, but there were some autism characteristics that made Tajiri successful as an inventor and entrepeneur.

He had an intense specialized interest in video games. This intense interest drove him to work long, hard hours in pursuit of ever better games.

He had an eye for details.  Because he was so steeped in the culture and language of video games, he was able to see new possibilities to provide ever better products to video gaming teens.

In conclusion, I hope you enjoyed reading this portrait of a famous person with Aspergers.  Tajiri Satoshi helped me to appreciate some of the positive strengths of the autism spectrum; some of the career directions that individuals with Aspeger’s can go in; and how I can be a better parent, teacher, and therapist to individuals in my life who are blessed to be on the autism spectrum.

What do you think?  Is it helpful to study famous people with Aspergers on the autism spectrum?  What have you learned from them?