You are here: Home / Adults With Aspergers / Autism Spectrum Jobs: How Employers Can Help

The focus of this blog is to increase understanding of Asperger’s Syndrome, to provide solutions, and in doing so, increase hope for individuals on the autism spectrum. I recently came across a three part series of articles from author Gavin Bollard, who writes for his blog called Living With Aspergers.  I contacted him and got his kind permission to reprint his three articles titled, “Improving Employment Prospects for Aspies.”  It’s truly an honor to be able to print his articles here. If you want to catch the other two articles featured by Mr. Bollard, the first article discusses a broad overview of the employment field as it relates to individuals on the autism spectrum. The second article looks at what individuals with Aspergers can do to increase their employment prospects. 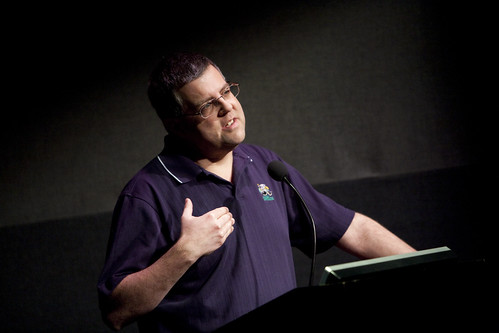 In part one of this series, I discussed the lack of employment services for aspie adults and in part two, I looked at some of the things that aspies could do to improve their chances of being employed. I now want to look at some of the ways in which employers could improve their “game”.

Stop Focusing On the Idea of “Giving” Jobs to the Disabled

I”m always a bit skeptical of the phrase “we don’t need your charity” particularly when it’s uttered by someone who quite obviously does. Heck, if someone is throwing money your way… catch it. Unless you’re already a billionaire. Of course, this phrase isn’t saying that we don’t want your resources. Poor people always want money, hungry people always want food and aspies always want jobs.

What we don’t want is sympathy? Is it really called sympathy? I’m not so sure. I guess that what we don’t want is for employers to go around saying that “the only reason he got the job is because he was aspie and I thought it was a good idea to give him a job – because nobody else will”. That’s really not going to do our ego any good is it. We don’t want to be the “token aspie” in anyone’s production. I really want to hear an employer say. “He seemed like the best person for the job” or “Well, he probably wasn’t the best person but he was affordable and he’s interested so I figured, why not give him a shot”. These are ok.

If I were employing someone for computing or library tasks, I’d probably prefer to choose someone who displays aspie qualities over someone who doesn’t.   Aspies often have very desirable qualities for specific types of jobs.

Over the years, I’ve employed and/or supervised people who have appalling attention to detail. I used to have a SOE (that’s just business/computer speak for “how to set up someone’s computer”) which covered the process in “600 easy steps”. The process was simple and covered pretty much every detail yet I couldn’t find any staff members to follow it. They all lost interest after step 20 or thereabouts and decided to “wing it” from there. Unfortunately the problems always eventually came out in the form of user support calls. On the other hand, if I get the right type of aspie with OCD to do the job, I often find that every step is followed precisely. The same goes for organising books on a library shelf or categorizing them by subject. An aspie can often do those sort of tasks far better than a neurotypical.

My short term memory for names and faces is pathetic. I forget names before their introductory sentences are finished. On the other hand, get me to recall a wireless access point ID, specific IP address, product activation key or even a chunk of code and I’m your man. This sort of focus considerably improves my productivity in IT. People can swarm all around me and I’ll not notice – not if I’m busy coding. I get the job done. I guess that employers need to realize that there are some cases where aspies aren’t just “capable employees”. Sometimes their condition actually makes them more suitable for a role than a neurotypical. In a perfect world, employers wouldn’t be so worried about how many interview and resume hoops a candidate can jump through – they’d be more concerned with their suitability for the role.

Your newly employed aspie is bound to have some needs which are different from his/her colleagues. Some things can be fixed and some can’t. As an employer or supervisor, you need to decide which accommodations are acceptable and you need to be flexible enough to implement them.

For example, many aspies have issues with fluorescent lighting. Sure; you could have all the lights ripped out but we all know that’s not going to happen. That’s an accommodation you’ll have to knock back.

On the other hand, there are some things that you can fix. For example, at my workplace, the building is open plan. I have lots of issues with that. Not only do I have issues with distractions but even worse, my own behavior is terribly distracting to others. I tend to move a lot, talk to myself and speak at entirely the wrong volume. I’m the only person at my workplace who actually has an “office”. I can close the door if I need to and I can mostly be myself in there. Being less distracted helps me to get my work done and at the same time prevents me from impacting on the work of my colleagues.

I’m not saying that you need to get your aspie an office but it might be good to let them know that there is a place where they can take “sensory breaks” if they need to. The things that help the most will vary considerably from one person to another. As an employer, you need to be flexible enough to find these opportunities and offer them.

The main thing that gets aspies into trouble at work is (unsurprisingly) our poor social skills. The best way for us to overcome these difficulties is to have someone that we know and trust who can provide useful “on-the-spot” advice and can redirect problems if we seem to be getting agitated. In every job I’ve been in, I’ve found someone to fulfill that role. Note that they don’t sign up to be mentors. They just are friendly and the relationship develops informally.

Most mentors are considerably older and usually they’re co-workers rather than supervisors. Mentors need to genuinely care about their colleagues. They need to accept them for who they are and they need to earn their trust. This means that although it’s really important for mentors to correct aspies when they make a social blunder, it needs to be done discreetly and sensitively. My mentors at work will often step into my view and give me a hand signal that means “shut up – end the conversation and get away”. They do it in a manner that (hopefully) doesn’t attract the attention of other people and it often saves me from saying things that will sound unemotional and callous.

No matter what happens, an employer needs to be accepting of the quirks of his employees. Obviously employers have their limits. They can’t be accepting of people who just don’t show up for work or people who work in a butcher shop but can’t stand the smell of meat. They can be accepting of the fact that some of their employees will flap a little or that they’ll have difficulty taking indirect instructions – for example; “gee it’s warm in here” does not automatically translate to “could you please go and put the air conditioner on”.

Everybody has their quirks, aspies and neurotypicals alike and if we’re going to get on, we need to be accepting of them. There are plenty of jobs that are suitable for aspies and some which are more suitable than others. Employers not only need to make sure that they offer equal opportunities but they also need to recognize that, with the right accommodations, sometimes the qualities of aspergers actually make a person more suitable for a role.

Asperger’s on the Job: Must-have Advice for People with Asperger’s or High Functioning Autism, and their Employers, Educators, and Advocates

I'm Steve Borgman.  I'm a licensed clinical professional counselor and blogger committed to bringing you hope, understanding, and solutions that you can apply to your life immediately.
I hope you'll Change Your Life in 2014! I know I'm working to do the same!

"Get our updates, free!"
Never miss a blog post again

Let Me Serve You

Connect with Me on Google+